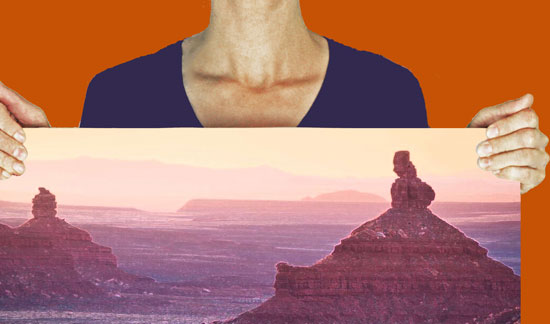 I’ve moved around a lot. In the United States alone, I’ve lived in Delaware, Idaho, Utah, Indiana, Maryland, New Hampshire, California, and Virginia. Yep. That’s coast to coast and some in between.

After living in all of these places (not to mention four different countries) I can tell you, America is richly diverse like no other.

And I love it all.

Over the last few days, some attention has been drawn to my current home state, Utah. Events revolve around an act put in place in 1906, the Antiquities Act, which grants US presidents the power to protect public land within any state from development, mining, and other private enterprise.

This safeguard, however, has long been a point of contention. Each political party has a reason for liking and disliking the Antiquities Act. Certain states also have fairly strong feelings about this unfettered power of the president because large chunks of land within certain states have already been officially designated. Utah, Colorado, Arizona, and Nevada have all been vocal against it.

Senators Hatch and Lee from Utah have been working on a bill to make some tweaks to the Act, but it hasn’t yet passed in the Senate. That’s probably because it’s not a bipartisan bill. I believe Senator Cantwell, a Democrat from Washington, represents the sentiments of many on the opposing side when she said, “The Antiquities Act is really one of our nation’s most successful conservation laws.”

Hatch and Lee argue (according to an article from January of this year) that “this bill would take power from the federal government and give it back to the people, where it belongs.” Hatch went so far as to accuse previous administrations who have used the Antiquities Act of displaying an “astonishing and egregious abuse of executive power.”

BUT… What are Senator Hatch and a number of Republican politicians doing this week? Oh, right. They are applauding the president for exercising that same “astonishing and egregious abuse of executive power” by using the Antiquities act to reduce the size of two national monuments within the state.

President Trump has now made a show that our nation’s chief executive may also use the 1906 Antiquities Act to un-protect public lands.

After spending days trying to sift through a number of news articles to make sense of it all, of the many questions I have, I did find the answer to at least one. Who owns the land now? According to Interior Secretary Ryan Zinke, the land still belongs to the Federal government. It did in the first place, and it still does.

Okay… If I’m understanding this right, we’ve just done a huge song and dance to basically change zoning? It’s no longer “monument” land and now it’s simply – land? Have we just freed up public land to be used at the Federal government’s discretion? I’m not sure what it means, but as a resident of Utah, I feel like a rope in the game of tug-of-war.

Let’s look at the big picture for just a second. What is really going on between the Republicans and Democrats? The Democratic presidents Clinton and Obama designated land in Utah as monuments. Utah didn’t feel consulted or validated and now they are abusing the same power to un-designate that land. What’s going to happen next?

This quote from the Deseret News’ opinion piece sums it up well:

The problem … is this won’t be the final word, and the instability wrought by both Republicans and Democrats in the back-and-forth of preserving public lands leads to a lack of confidence in what the future holds. Can local economies move forward without fear of change, including in efforts to boost tourism, environmental causes or support for responsible energy extraction?

It’s hard to reach solutions the right way because it can take a long time, especially when there are major disagreements. Our two party system AUTOMATICALLY creates disagreements. Again and again we see both parties using (and abusing) power whenever it suits them and then complaining when the other party does the same.

I’m going to go out on a limb here and make a suggestion.

I believe if we want real change, we need a better process. We need something that can unite people and work towards win-wins in every scenario. We need a third party that is a little more fluid and not so stuck in a box to help us take the best of what both sides have to offer and come up with the BEST solutions.

I’ve been all over this country. It is amazing. We aren’t all the same. Diversity makes us great! But division and game-playing is destroying us.

*I try to continually edit this post to accurately represent the facts.  The original post commented that this administration was setting a precedent of some kind, when in fact, other presidents and administrations have done similar things, even if on a different scale.  Digging and sifting can help us get at the truth, and that is what this blog aims for.  I appreciate all of the comments that contribute to keeping the facts straight.