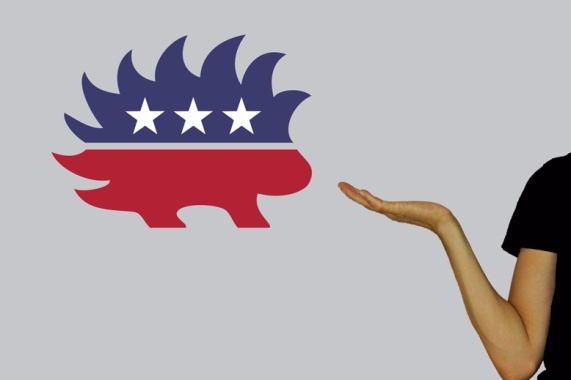 Last Saturday I spent the day talking to random people about politics.  Among those, I chatted with a Libertarian.  It’s a political party that has been appearing more and more on my radar.

There is quite a bit of information on the internet about the Libertarian Party.  Ron Paul was the first to make me aware of the political party during a Republican presidential primary.  His son Rand Paul is now a Republican senator representing Kentucky, though he still often fights for Libertarian ideals.  And most recently, Gary Johnson ran as an independent in the 2016 presidential election.  These folks, along with the gentleman I talked to last Saturday, have made me curious.

Okay, so…. what does a Libertarian believe?

At the core, a Libertarian believes in absolute freedom.  Freedoms should be managed naturally.  Government involvement often throws off the balance by regulating too much.  Therefore government should be as small as possible.

According to the gentleman I talked to, another way to sum it up is that a Libertarian is socially liberal, but fiscally conservative.  That means a Libertarian is concerned with equal marriage rights while also seeking to cut taxes and reduce the national debt.

Within the Libertarian Party is obviously a range of thinkers too.  Some swing more towards anarchy, rejecting the idea of any government involvement including the notion of a driver’s license.  Others might look more like a regular Republican who is pro-choice and supports gay marriage.

But all of this has got me thinking.  I’m so used to everyone being labeled Red or Blue, Republican or Democrat, that I haven’t fully considered the wider range and variety out there.

Maybe it’s time to take off those silly red and blue cardboard glasses….