Running Out of Cash 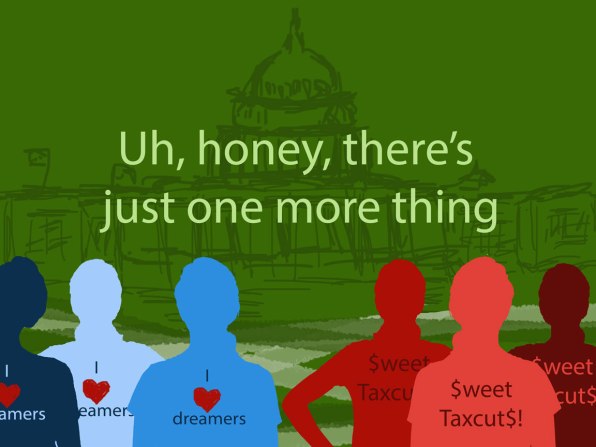 I’m usually not an alarmist.  I like to see the bright side of things, glass half full, always another option.  Right now, even after crafting a rather positive State of the Union, I feel my heart seizing up as I read the recent news about our national debt.

The new tax law that passed decreasing corporate taxes hasn’t yet impacted government because corporations are still paying based on December’s rates.  This month, the second month into the new tax law, corporations’ taxes will start to reflect the new tax rates, almost half what they have been paying.  So our government income is going to dramatically decrease.

But that’s expected, right?  We knew that was coming.  Except for two things.  The amount it’s going to decrease is now estimated to be higher than the original estimates AND we are already using reserve money to keep up with our bills and we need to raise the debt ceiling.

In other words, we weren’t earning enough tax revenue before, and now it’s about to get worse — we are spending A LOT more than we are collecting.

Now the debt ceiling is what limits how much the government can borrow to cover the bills.  That ceiling is determined by Congress through law.  The Congressional Budget Office published this memo recently (January 2018), and is currently using “extraordinary measures” to borrow beyond the legal debt ceiling because we’re running out of funds.  Congress hasn’t agreed on a new limit to how much we can borrow.

WHAT?!!?!?  You mean there’s ANOTHER major item for Congress to work out?

Our recent government shutdown wasn’t actually resolved, simply postponed by a few weeks.  Congress has until February 8th to vote on our national budget, as well as make progress toward immigration policy items.  February 8!!  That’s this Thursday!  And now they have to add to the budget another item that they don’t agree on – the debt ceiling??  Is anyone else totally freaking out right now??

It’s like this. Let’s put it back into the husband and wife context, but with a few more factors thrown in.

A husband and wife pretty much hate each other.  It was an arranged marriage anyway and they’ve only stayed together because of the kids.  If they could, they’d simply divorce and take the kids every other weekend, spending those weekends proving why the “ex” is so horrible.

Husband wants to reduce the hours he has to work, using that extra time to invest in new ideas that will increase their income eventually.  He also wants to cut out a few line items of the budget, and he’s been working on a revised plan to protect his family.

Wife isn’t so sure about his investment ideas and wants to make sure the family is well cared for.  She wants their children and adopted children to be included in that protection plan Husband is talking about.  And right now, she’s just not very happy — at all.

Husband and Wife sit glaring at each other across the dinner table with the budget between them, when the doorbell rings.  It’s the mailman with a pile of bills, due in 30 days.

Husband and Wife sit back down at the dinner table, and it’s not going to be pretty.

Congress has some serious issues to work through and time is running out.  With the glares the Democrats gave President Trump and his clapping Republicans last Tuesday, my optimism is failing me.

Maybe the problem is the way I’ve been thinking about Congress.  Are the Republicans and Democrats just a horribly unhappy married couple that can’t get along?  They sure seem to be acting that way.  Do we treat each other that way?  I must confess that the news and even watching some of the Senators’ and Representatives’ comments sure makes it look that way.

Congress isn’t – or shouldn’t be – a bickering couple.  So, what should Congress be?  How should we see each other?  I don’t know if seeing each other as a family feels right because there’s still a hierarchy.  Parents tell the children what to do and so forth.  So, we’re not a family.

Congress isn’t really a business either.  In a business relationship there are clear leaders and clear subordinates.  In Congress everyone gets one equal vote at the end of the day.

So… How should we see Congress?